Depending on how many pages you flipped after the July 4th weekend you might be in need of some more to read! Here’s what’s new for this week. 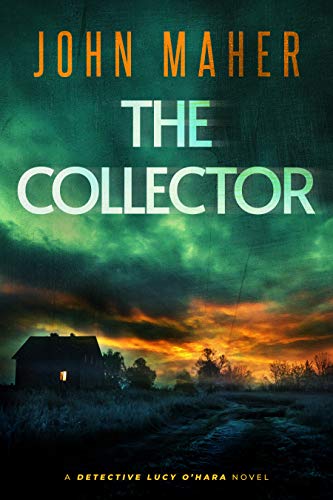 The Collector by John Maher

They say human life is the most precious thing. The Collector doesn’t agree.

When world renowned archaeologist Philip Carlton suddenly and unexpectedly commits suicide, the police are called to investigate. Heading up the investigation is Detective Lucy O’Hara, a Forensic Linguist – and she immediately sees something is wrong with the suicide note. In her gut, she knows this was cold-blooded murder.

Battling sceptical superiors and the Irish establishment, Lucy digs for the truth and begins to uncover a shadowy trade in ancient artefacts led by a mysterious figure known only as ‘The Collector’.

As Lucy works to uncover his identity, she soon realises she is up against a ruthless mastermind who is systematically eliminating anyone who might lead her to him. But Lucy won’t give up and soon The Collector turns his attention to her…

The Collector – the first in a gripping new series featuring Detective Lucy O’Hara. 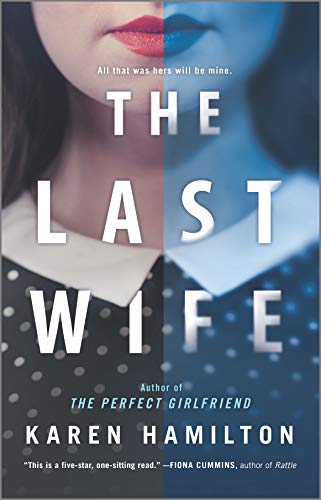 The Last Wife by Karen Hamilton

From the internationally bestselling author of The Perfect Girlfriend.
Two women. A dying wish. And a web of lies that will bring their world crashing down.

Two women. A dying wish. And a web of lies that will bring their world crashing down.

Nina and Marie were best friends—until Nina was diagnosed with a terminal illness. Before she died, Nina asked Marie to fulfill her final wishes.

But her mistake was in thinking Marie was someone she could trust.

What Nina didn’t know was that Marie always wanted her beautiful life, and that Marie has an agenda of her own. She’ll do anything to get what she wants.

Marie thinks she can keep her promise to her friend’s family on her own terms. But what she doesn’t know is that Nina was hiding explosive secrets of her own… 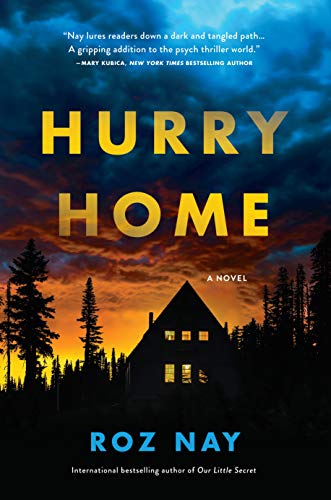 From the bestselling author of Our Little Secret comes a suspenseful new thriller featuring two estranged sisters desperate to keep their deepest and darkest secret where it belongs–in the past.

Close to my heart you’ll be, sisters forever you and me...

Alexandra Van Ness has the perfect life. She lives in an idyllic resort town tucked away in the Rocky Mountains, shares a designer loft with her handsome boyfriend, Chase, and has her dream job working in child protection. Every day, Alex goes above and beyond to save children at risk.

But when her long-lost sister, Ruth, unexpectedly shows up at her door, Alex’s perfect life is upended. Growing up, Ruth was always the troublemaker, pulling Alex into her messes, and this time will be no different. Still, Alex will help Ruth under one condition: we will never, ever, talk about the past. But when trouble befalls a local child, both women are forced to confront the secrets they’ve promised to keep buried.

Utterly engrossing and claustrophobic, Hurry Home is a tantalizing reflection of the chain-and-shackles relationship between sisters that asks: what lines wouldn’t you cross for your own? 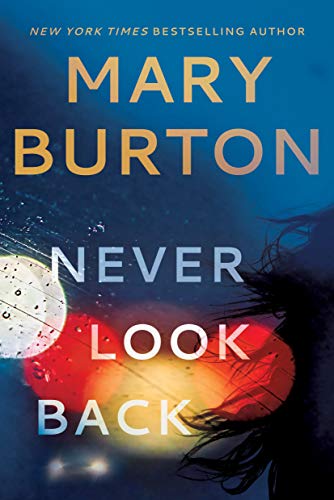 New York Times and USA Today bestselling novelist Mary Burton is the popular author of thirty-five romance and suspense novels as well as five novellas. She currently lives in Virginia with her husband and three miniature dachshunds. Visit her at http://www.maryburton.com. 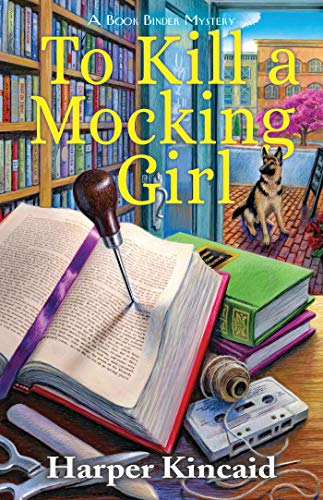 To Kill a Mocking Girl by Harper Kincaid

Bookbinder Quinn finds herself in trouble when her ex’s fiance turns up dead and if she’s not careful, her days might be numbered in this debut series perfect for fans of Kate Carlisle and Eva Gates.

Quinn Victoria Caine is back in her quirky town of Vienna, Virginia, starting her new life as a bookbinder in her family-owned, charm-for-days bookshop, Prose & Scones. With her trusty German Shephard RBG-‘Ruff Barker’ Ginsburg by her side, what can go wrong? Okay, sure, bumping into her ex, Scott, or her former high school nemesis, Tricia, is a drag. It certainly doesn’t help they have acquired the new hobby of shoving their recent engagement in her face every chance they get. But that doesn’t mean Quinn wanted to find Tricia dead in the road. So why does half the town think she may have done it?

Quinn is determined to find Tricia’s killer, even if it means partnering with her cousin-turned-nun, Sister Daria, and Detective Aiden Harrington, her older brother’s too-movie-star-handsome-for-his-own good, best friend. They believe she’s innocent, but of course that doesn’t influence the police, who peg her as their prime suspect. Or, at least until she’s poisoned.

But there is no way Quinn is going to stop now. Vienna is her town and-for better or worse-Tricia was one of their own. Someone may have killed the mocking girl, but no one’s going to stop the notorious QVC.

You Let him in by J A Andrews – Book Review

A thriller for those of you who love a good gaslighting story!

An Astrological Guide to Enhancing Your Life with Crystals

The Lucky Ones by Kiersten Modglin

“[Modglin] gives you just enough info to figure out what’s going to happen but then she throws a sidewinder and things aren’t what they appear and bam! It’s a grand slam!”

It has to be one of my new favorite reads! Not only did it not turn out the way I thought, but I was beyond surprised by just how wrapped up the story was. Kudos to Kiersten who has done it again!

The Mother-in-Law by Kiersten Modglin – BOOKREVIEW

“Tense, atmospheric, and full of twists and turns right up until the last page.” —Angela Marsons, bestselling author of the DI Kim Stone series