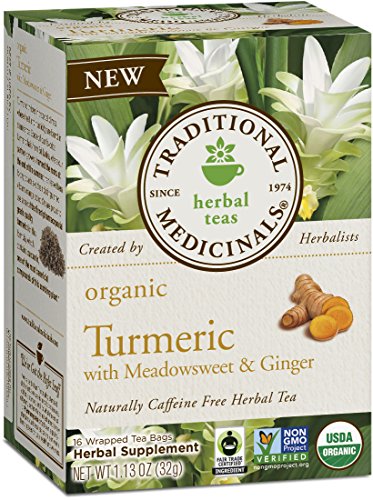 The hype over turmeric has been overwhelming the last few years and unless you live under a rock, you’ve heard at least something about this magical root.

As someone with an autoimmune disease and post-hysterectomy, I’m always curious about medicinal herbs and herbal remedies that claim to support health and well-being.

That being said, I won’t just try anything! I’ve learned throughout my 39 years that if something sounds too good to be true, it usually is! Ever notice how one day, coffee is super great for you and the very next a report comes out with damning evidence to prove otherwise? This is one good reason to do your research!

I did some digging and found a wealth of turmeric knowledge. Check it out below and let me know your thoughts and would LOVE new recipes! Please share in the comments and we’ll share the best ones in a FEATURED POST!

Turmeric is native to Southeast Asia and is a member of the Zingiberaceae or ginger family. It has been used as an herbal remedy for thousands of years in Indian Ayurvedic and Chinese medicine.

The active ingredient in turmeric is Curcumin.

Curcumin is proven to have anti-inflammatory and immune-boosting properties.

Curcumin has low bioavailability, which means the body has a hard time accessing and absorbing the compound. For this reason, turmeric supplements, with their guaranteed high concentrations of curcumin, are popular.

Turmeric tea, brewed using grated turmeric root or pure powder, is considered one of the most effective ways to consume the spice.

There is no specific recommended daily intake of turmeric. Based on available research, the suggested daily intake depends largely on the condition it is being used to treat.

Most research in adults supports the safe use of 400 to 600 milligrams (mg) of pure turmeric powder three times daily, or 1 to 3 grams (g) daily of grated or dried turmeric root. Grating the turmeric yourself is the best way to ensure a pure product.

Here’s how it helps:

As an anti-inflammatory, curcumin may help reduce the most prominent symptoms of arthritis.

A 2017 study found that out of 206 American adults with self-reported rheumatoid arthritis, 63 percent used non-vitamin supplements to manage their symptoms, with turmeric being the most popular product that was taken.

Curcumin has also been shown to act as an immune modulator, helping regulate immune cell function against cancer.

Several studies have shown curcumin to have beneficial heart health properties by acting as an antioxidant and anti-inflammatory.

A 2012 study found that taking 4 g per day of curcumin 3 days before and 5 days after coronary artery bypass grafting surgery, reduced the risk of acute myocardial infarction or heart attack by 17 percent.

One of the most clinically established therapeutic properties of curcumin is its anti-cancer action.

Furthermore, numerous studies have shown that curcumin has anti-tumor properties, limiting the growth of tumors and spread of cancerous cells.

According to a 2014 medical review, more than 2,000 articles have been published using the keywords “curcumin” and “cancer.” The use of curcumin as a cancer treatment alongside chemotherapy and radiation therapy is currently being investigated.

Curcumin has long been used in traditional medicines as a treatment for many digestive conditions.

Several studies have found that curcumin may help reduce the pain associated with IBS and improve the quality of life of those people with the condition.

A 2012 study in rats found that curcumin helped decrease the time it took for food to empty from the stomach to the small intestine, otherwise known as gastric emptying.

Studies have shown that curcumin may help reduce the chances of several neurodegenerative conditions. Its antioxidant and anti-inflammatory powers are thought to reduce cellular damage, inflammation, and amyloid deposits or plaques that occur with these conditions.

Curcumin may also be able to slow down or prevent some of the age-associated protein changes linked to neurodegeneration.

Several studies have shown that curcumin can protect against liver damage. Potential liver and gallbladder benefits of curcumin include increasing production of the digestive fluid bile while also protecting liver cells from damage from bile-associated chemicals.

Traditional medicines have used turmeric for diabetes for thousands of years. Several studies using animal and human models have shown that curcumin supplementation may have anti-diabetes properties.

Researchers suspect that the anti-inflammatory and antioxidant properties of curcumin may help reduce the symptoms of chronic or long-lasting lung conditions.

A 2017 medical review concluded that although the clinical evidence is limited, curcumin might help treat asthma, pulmonary and cystic fibrosis, lung cancer or injury, and chronic obstructive pulmonary disease (COPD).

To make a turmeric tea, a person can add ground, grated, or powdered turmeric to boiling water.

Turmeric tea can be prepared from either pure turmeric powder or grated or ground, dried turmeric. Fermented turmeric preparations, commonly sold as tea products, claim to have higher concentrations of biologically available or absorbable curcumin.

The steps to follow for making turmeric tea are:

Many people put additional ingredients into their turmeric tea to improve the taste or help with its absorption. Common additives include: