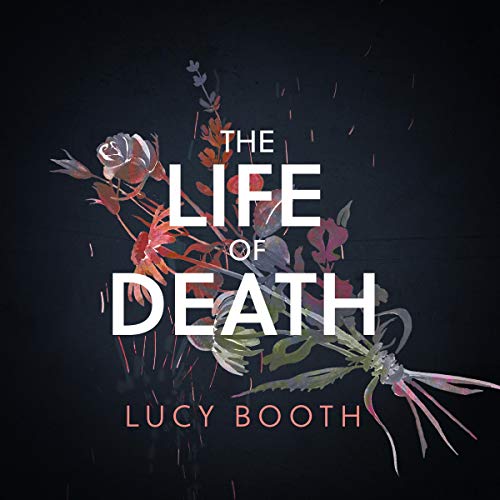 Thank you to Netgalley, Lucy Booth and Unbound for the ARC of this book.

Lizzie agrees to the terms until she finds love and wants her soul back. To achieve this she much convince the devil and that’s never an easy thing to do when you know conditions will be involved.

Does Lizzie agree to do what he asks in return for her soul? You’ll have to read it to find out!

I really enjoyed this dark story, it was imaginative and with the author writing this prior to loosing her battle with cancer, it shines a light on life and in this case, death.

One soul. One pact with the Devil. One chance at love. Elizabeth Murray has been condemned to burn at the stake. As she awaits her fate, a strange, handsome man visits her cell. He offers her a deal: her soul in return for immortality, but what he offers is not a normal life. To survive Elizabeth must become Death itself. Elizabeth must ease the passing of all those who die, appearing at the point of death and using her compassion to guide them over the threshold. She accepts and, for 500 years, whirls from one death to the next, never stopping to think of the life she never lived. Until one day, everything changes. She – Death – falls in love. Desperate to escape the terms of her deal, she summons the man who saved her. He agrees to release her on one condition: that she gives him five lives. These five lives she must take herself, each one more difficult and painful than the last.

Lucy Booth was born in Suffolk, moved with her family to Solihull, Cyprus and Lymm, Cheshire where she attended Manchester High School for Girls before studying Behavioural Sciences at Nottingham University. On graduating Lucy moved to London to pursue her career as a freelance producer for various top of the range adverts & music videos.

In 2011 Lucy was diagnosed with breast cancer resulting in surgery, chemotherapy and radiotherapy. Undaunted, and with the great assistance of her friends, Lucy not only continued working and writing her blog (lucifersboob.blogspot.co.uk) of her ‘cancer experience’ in a typically forthright and humorous fashion but felt the urge to write a novel. The Life of Death is the result.

In 2014 the aggressive cancer returned. However, Lucy was determined to live her life to the full and to finish her novel before she died in August 2016.

I was born in 1567 in the tiny village of Tranent, clinging to the fraying skirt hems of Scotland as they dragged into the icy waters of the North Sea. My name was Elizabeth. Elizabeth Murray. Lizzy, Lilibet, Bess. The Devil was all around us in that remote spot – lashing the shores with whipped up tempests and slicing us to the bone with the Arctic winds. But whilst the others could wrap up, turn their backs to Him over the whistling winds, He had chosen me and from that there was no escape. Where I went, he would undoubtedly follow. I was marked – a livid red birthmark scoring the soft skin below my right ear and curling into my neck. An unanswered question mark etched into my skin. I found refuge in the dark – when the flickering light from open fires disguised my disfigurement and I could hide in the shadows. Refuge in the dark, and amongst the women of my family.

We’d gather on the kirk green late into the long summer evenings – huddled in the shadows of the squat, thick-set stone church, backs turned to the wind and driving rain. The walls were at least six feet thick and when we were there we were safe. Myself, sisters, my mother, my aunts. It started small – just we six – before more women from the village joined us and we would gather nightly to swap tips and exchange advice, gossip about the local men, offer a friendly ear in a hostile world.

I had a talent for a poultice – bring me a lame horse and he would walk, an infected finger would soften and bend under my care. I heard the whispers from the village – we all did. “Witchcraft”, “Devil’s Child”, “Dark Magic”, flitting past our ears and floating in the air to be netted and pinned like fragile butterflies by those who believed. And we’d laugh – laugh at those men who feared and revered us in equal measure. Who had their own meetings by firelight to “free their midst of evil”, flames dancing in their eyes, shadows carving canyons into weathered faces. Only a day later they would appear at our doors, heads hanging, eyes cast to the floor and feet scuffing the dirt as they mumbled out requests. A lame mule, an angry, red, swollen eye, weeping and oozing. A third still birth in the family in as many years. They were torn – torn between their contempt for us and their need. And that made them despise us all the more.

So when the King’s men came to rid the country of witchcraft and magic, there those same men stood. Eyes once more turned to the floor. Toes once more scuffing the dirt. Names mumbled, fingers pointed towards crofts, and faces turned away from women bundled and pushed ahead of aristocratic men dressed in metal, their rich fabrics saturated with colour in the harsh light bouncing from the sea. Faces turned away from me and the women who would join me on those long, late nights on the kirk green. Faces turned away as we were bundled and pushed into dank dungeons dripping with slimy moss to await a trial – accused of nothing more than helping and healing. Accused of a knowledge the men would never understand. Accused of witchcraft and a devotion to the Devil.

For days I was strung up in that freezing cell. Shackled to the wall and strapped into a Witch’s Bridle – the metal prongs jabbing into my cheeks and the spiked iron bit tearing welts into my tongue. For days I hung there. When my body sagged under it’s own weight, under the exhaustion of night after night without sleep, the spikes would bite into my tongue and pain would jerk me upright and awake. The whistles and whispers of the wind began to sound like voices. Until, after an eternity hanging in the dark and cold those whistles and whispers became a voice – His voice. Alternately charming and cajoling, curt and cold. Chipping away at me amid the drips of my prison. Chip, chip, chip. Drip, drip, drip.

I first saw Him through the gloom, sitting in the corner of my cell. Long legs stretched out in front of him, head leaning back against the cold stone wall. His skin was alabaster white, creating a soft halo that shone unnaturally clean in the midst of the squalor. His nose turned up at the days old smell of excrement, at the foecal streaks that smeared my legs. His clothes were those of a gentleman. Well-cut, rich fabrics, with a long dark cloak wrapped around thin shoulders to keep the cold and the damp at bay. Even the rats that used that wall as a channel between their nests and the outside world gave that incongruous figure a wide berth. Though we’d never met before, I recognised Him as soon as I saw Him. As soon as I heard that voice.

“You know they’ve said it for years don’t you?” He examines His fingernails, blunting the torn edge of one against the rough fabric of His woollen trousers. “Jem Porter says you sold your soul to me when you were 10… Thomas Mortimer says you came out of the womb with the Devil in your eye.”

I know. I know what Jem Porter says. And Thomas Mortimer. And Frances Miller. I know what they all say. Starting as hushed whispers when I was small, rising to sideways comments in the street as I aged, peaking at open jeers and shouts in the street in these last few years. Open jeers and shouts echoing down empty lanes, sly jabs in dark alleys, spit hawked from the back of throats to land in mucal globs at my feet. I know what they say for I have heard it since birth. He stands, crosses my cell to peer out of the tiny barred window looking out level with the street outside. He steps back as the stinking piss of a passing horse splashes through the gaps, keeps His distance as the cart wheels that follow closely behind churn urine with mud to send it splattering into my hole. “Listen to them out there. Calling your name. ‘Bring us the Witch!’ ‘Death to the Witch!’,

‘Devil Woman!’ That’s you Lizzy – you’re the one they’ve come to see. And they won’t be happy until you’re dead.”

I know that too. I know I’m going to die, and I know my death is the one thing that will sate those men. I’ve heard the cries, the hoots of a crowd baying for blood. Smelt the stench of burning human flesh long after the screams for mercy have died down. Sensed the crowd whipping themselves into a blood-thirsty frenzy of death.

Lucy was funny and brave and an inspiration to all who knew and loved her; she never allowed her cancer to define her and remained upbeat and positive until her last days.

She is much missed by her parents, Jackie and Alan, and sister, Analie, her many friends, her godchildren and, of course, her cat Oliver.