We usher in new obsessions every couple of years that seem to take over everything from books to TV, movies. It’s no secret that these stem mostly from books, because what usually comes first, the movie or the book? Let’s be honest!

We’ve seen them all now from vampires to zombies and witches too, but what seems to be hot right now happens to not be fictional or what is thought to be fictional characters, but real life monsters.

What intrigues me is how people blindly follow one person’s teachings even when they sounds so outlandish. And how does one person rise to a Messiah like figure so easily?

I’ve got a few titles to satisfy your curiosity! The say curiosity killed the cat, but satisfaction brought him back! 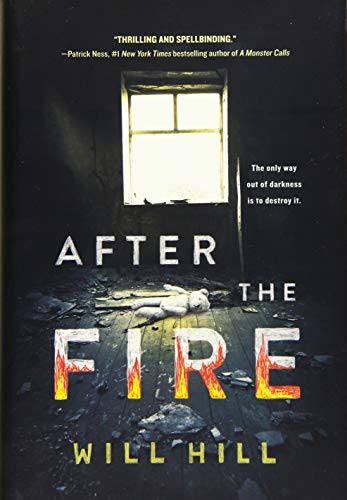 AFTER THE FIRE  BY WILL HILL

An Edgar Award finalist and Amazon Best Book of 2018

A gripping and unforgettable story of survival after life in a cult, inspired by the survivors of the Branch Davidian siege in Waco, Texas, 1993

The things I’ve seen are burned into me, like scars that refuse to fade.

Before, she lived inside a fence with her family. After, she’s trapped, now in a federal facility.

Before, she thought she was being protected from something. After, people are telling her that now she’s finally safe.

She isn’t sure what’s better, before or after, all she knows is that there are questions she can’t answer, and if everything she’s been told is a lie, how can she know who’s telling the truth now?

Suspenseful and moving, After the Fire is perfect for readers looking for

Praise for After the Fire:

“The gripping story of survival and escape…It will keep you up late until you get to the very end.”―Maureen Johnson, New York Times bestselling author of Truly Devious

“A heartrending portrait of a young girl’s struggle to survive a domineering religious sect and the resilience of the human spirit; this belongs on every YA shelf.” ―School Library Journal 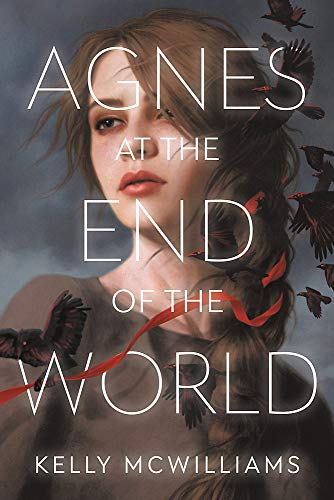 AGNES AT THE END OF THE WORLD  BY KELLY MCWILLIAMS

The Handmaid’s Tale meets Wilder Girls in this genre-defying novel about a girl who escapes a terrifying cult only to discover that the world Outside has succumbed to a viral apocalypse.

Agnes loves her home of Red Creek — its quiet, sunny mornings, its dusty roads, and its God. There, she cares tirelessly for her younger siblings and follows the town’s strict laws. What she doesn’t know is that Red Creek is a cult, controlled by a madman who calls himself a prophet.

Then Agnes meets Danny, an Outsider boy, and begins to question what is and isn’t a sin. Her younger brother, Ezekiel, will die without the insulin she barters for once a month, even though medicine is considered outlawed. Is she a sinner for saving him? Is her sister, Beth, a sinner for dreaming of the world beyond Red Creek?

As the Prophet grows more dangerous, Agnes realizes she must escape with Ezekiel and leave everyone else, including Beth, behind. But it isn’t safe Outside, either: A viral pandemic is burning through the population at a terrifying rate. As Agnes ventures forth, a mysterious connection grows between her and the Virus. But in a world where faith, miracles, and cruelty have long been indistinguishable, will Agnes be able to choose between saving her family and saving the world? 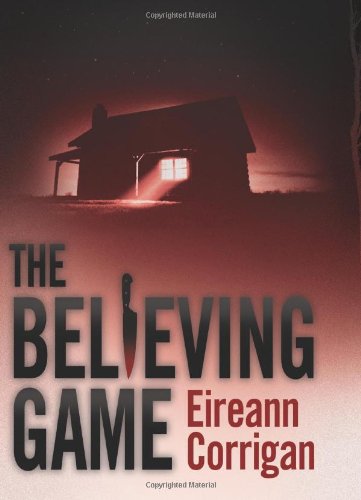 THE BELIEVING GAME  BY EIREANN CORRIGAN

A private academy. A cult leader. A girl caught in the middle.

After Greer Cannon discovers that shoplifting can be a sport and sex can be a superpower, her parents pack her up and send her off to McCracken Hill-a cloistered academy for troubled teens. At McCracken, Greer chafes under the elaborate systems and self-help lingo of therapeutic education. Then Greer meets Addison Bradley. A handsome, charismatic local, Addison seems almost as devoted to Greer as he is to the 12 steps. When he introduces Greer to his mentor Joshua, she finds herself captivated by the older man’s calm wisdom. Finally, Greer feels understood.

But Greer starts to question: Where has Joshua come from? What does he want in return for his guidance? The more she digs, the more his lies are exposed. When Joshua’s influence over Addison edges them all closer to danger, Greer decides to confront them both. Suddenly, she finds herself on the outside of Joshua’s circle. And swiftly, she discovers it’s not safe there. 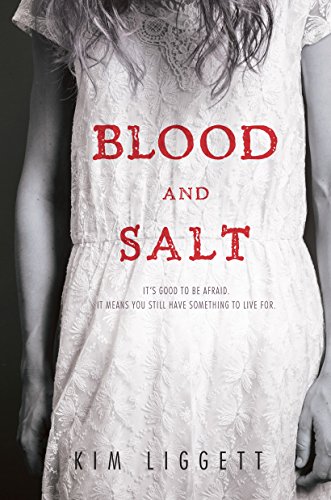 BLOOD AND SALT  BY KIM LIGGETT

Ash’s mother has disappeared, and she’s convinced her mom has returned to Quivara, Kansas, home to the spiritual commune that she’d once escaped from. Her mother is nowhere to be found among the town and its sinister history and traditions, which begin to plague Ash and her memory.

It’s no surprise when a boy captivates her attention and begs her to look deeper at the history of Quinvara…and no surprise when the boy himself might not be all he seems. This is a cult book with serious horror flavor to it for those who liked their stories especially dark and wicked. It’s the first in a duology. 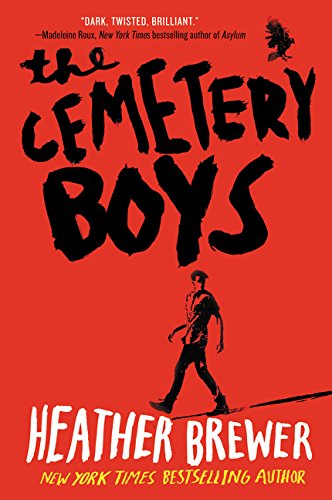 THE CEMETERY BOYS  BY Z. BREWER

When Stephen’s dad says they’re moving, Stephen knows it’s pointless to argue. They’re broke from paying Mom’s hospital bills, and now the only option left is to live with Stephen’s grandmother in Spencer, a backward small town that’s like something out of The Twilight Zone. Population: 814.

Stephen’s summer starts looking up when he meets punk girl Cara and her charismatic twin brother, Devon. With Cara, he feels safe and understood—and yeah, okay, she’s totally hot. In Devon and his group, he sees a chance at making real friends. Only, as the summer presses on, and harmless nights hanging out in the cemetery take a darker turn, Stephen starts to suspect that Devon is less a friend than a leader. And he might be leading them to a very sinister end. . . .