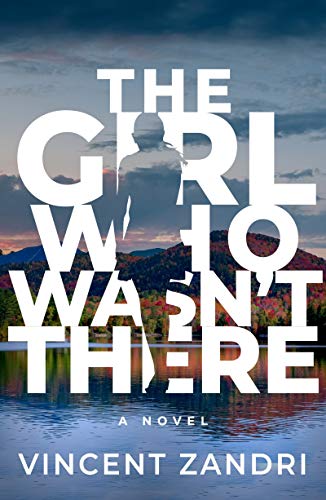 The Girl Who Wasn’t There by Vincent Zandri

Sidney O’Keefe just wants to spend a peaceful weekend alone with his wife and daughter in the vacation paradise of Lake Placid, New York—now that he’s been paroled after a ten year stretch in a maximum-security prison. But any illusion of a peaceful future is destroyed when his eleven-year-old daughter, Chloe, suddenly disappears from the iconic beach scene, leaving Sidney and his wife, Penny, stricken with fear and panic. When it’s determined that his old crime boss, Mickey Rabuffo, might be behind the abduction, it becomes apparent that the past has not only come back to haunt Sidney, but it’s come back to kill the entire family. With the village police assuming that Sidney, an ex-con with a history of prison violence, is responsible for his daughter’s disappearance, Sidney is left with no choice—he needs to take the law into his own hands—not only to expose the truth about what’s developing into a conspiracy of Biblical proportions, but also to render his own particular brand of rough justice. 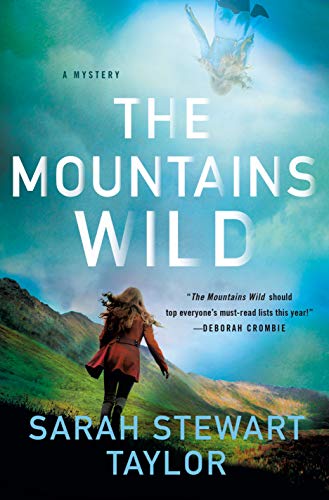 In a series debut for fans of Tana French and Kate Atkinson, set in Dublin and New York, homicide detective Maggie D’arcy finally tackles the case that changed the course of her life.

Twenty-three years ago, Maggie D’arcy’s family received a call from the Dublin police. Her cousin Erin has been missing for several days. Maggie herself spent weeks in Ireland, trying to track Erin’s movements, working beside the police. But it was to no avail: no trace of her was ever found.

The experience inspired Maggie to become a cop. Now, back on Long Island, more than 20 years have passed. Maggie is a detective and a divorced mother of a teenager. When the Gardaí call to say that Erin’s scarf has been found and another young woman has gone missing, Maggie returns to Ireland, awakening all the complicated feelings from the first trip. The despair and frustration of not knowing what happened to Erin. Her attraction to Erin’s coworker, now a professor, who never fully explained their relationship. And her determination to solve the case, once and for all.

A lyrical, deeply drawn portrait of a woman – and a country – over two decades – The Mountains Wild introduces a compelling new mystery series from a mesmerizing author. 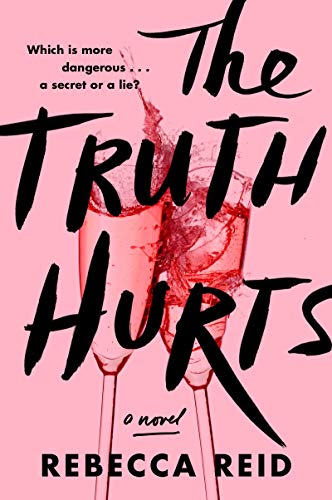 The Truth Hurts by Rebecca Reid

In this twisty, compelling thriller, a young woman quickly embarks on what she thinks is the relationship and love of a lifetime, and she’s thrilled when her new husband insists they follow one rule: they don’t talk about the past, but it’s a rule that has dangerous consequences—perfect for fans of A Simple Favor and The Kiss Quotient.

Is her new husband hiding something?

Caught up in a whirlwind romance that starts in sunny Ibiza and leads to the cool corridors of a luxurious English country estate, Poppy barely has time to catch her breath, let alone seriously question if all this is too good to be true. Drew is enamored, devoted, and, okay, a little mysterious—but that’s part of the thrill. What’s the harm in letting his past remain private?

Maybe he’s not the only one…

Fortunately, Drew never seems to wonder why his young wife has so readily agreed to their unusual pact to live only in the here and now and not probe their personal histories. Perhaps he assumes, as others do, that she is simply swept up in the intoxication of infatuation and sudden wealth. What’s the harm in letting them believe that?

How far will they go to keep the past buried?

Isolated in Drew’s sprawling mansion, Poppy starts to have time to doubt the man she’s married, to wonder what in his past might be so terrible that it can’t be spoken of, to imagine what harm he might be capable of. She doesn’t want this dream to shatter. But Poppy may soon be forced to confront the dark truth that there are sins far more dangerous than the sin of omission… 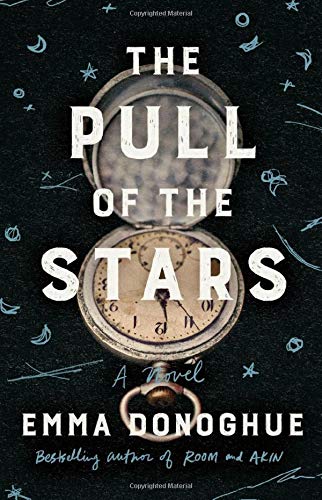 The Pull of the Stars by Emma Donoghue

In Dublin, 1918, a maternity ward at the height of the Great Flu is a small world of work, risk, death, and unlooked-for love, in “Donoghue’s best novel since Room” (Kirkus Reviews)

In an Ireland doubly ravaged by war and disease, Nurse Julia Power works at an understaffed hospital in the city center, where expectant mothers who have come down with the terrible new Flu are quarantined together. Into Julia’s regimented world step two outsiders — Doctor Kathleen Lynn, a rumoured Rebel on the run from the police , and a young volunteer helper, Bridie Sweeney.

In the darkness and intensity of this tiny ward, over three days, these women change each other’s lives in unexpected ways. They lose patients to this baffling pandemic, but they also shepherd new life into a fearful world. With tireless tenderness and humanity, carers and mothers alike somehow do their impossible work.

In The Pull of the Stars, Emma Donoghue once again finds the light in the darkness in this new classic of hope and survival against all odds.

“Donoghue offers vivid characters and a gripping portrait of a world beset by a pandemic and political uncertainty. A fascinating read in these difficult times.”―Booklist (starred review)

The latest new releases this week in Mystery & Thrillers!

The Last of the Moon Girls by Barbara Davis

A novel of secrets, memory, family, and forgiveness by the bestselling author of When Never Comes.

These books are also scathing critiques of patriarchy. It’s hard not to notice that nearly every book features a female main character seeking freedom. Many times, it comes through the form of a boy who isn’t what he seems to be, further deepening the critique of systems created, cultivated, and thriving from masculine power.

A few new reads to get you to the other side of the weekend!

A forgotten love for fantasies, stories of Witches and Magic, Folklore and all the things I love, and a book that made me remember!

Who needs some new releases to get through the mid-week slump? I know I could add a few more to my #TBR pile!

During these uncertain times we look to find ways to learn more about health and how to feel better. Books can help guide us!

Four new releases for the weekend!

It’s finally here! The next big one from Tarryn Fisher!