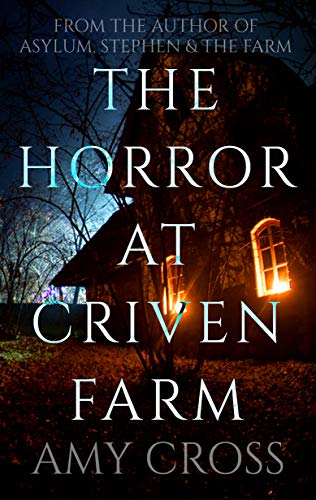 The Horror at Criven Farm
By Cross, Amy

The Horror at Criven Farm by Amy Cross

Yes, I’m on an Amy Cross kick, but I can’t help it! I love that each one is completely different with well developed characters and they’re usually quick reads that I can through in a day or so.

If you’re interested in the paranormal, maybe a little romance and wickedness, you’ll definitely want to check them out!

Having run away from their old lives, Phil and Grace are trying to find somewhere they can start their lives again. Just as things are starting to get really desperate, however, they stumble upon a miracle in the English countryside: an abandoned house with electricity and water still connected, and with freezers filled with food.

At first, Phil and Grace decide to only stay for one night. Soon, however, they find themselves lulled into a sense of security. Sure, the house seems too good to be true, but they figure there’s no harm in sticking around for at least a little while longer. After all, Criven Farm has everything they could ever want. Leaving would feel wrong.

Something is watching, however. The house hides a dark secret, and sinister forces are starting to gather. An ancient trap has been sprung, and the fate of the whole world is at stake.

The Horror at Criven Farm is a story about evil, fate, and the birth of a terrifying new force. 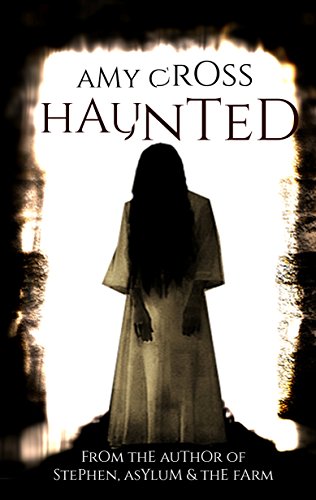 Twenty years ago, the ghost of a dead little girl drove Sheriff Michael Blaine to his death.

Now, that same ghost is coming for his daughter.

FROM THE AUTHOR OF ASYLUM, AMERICAN COVEN AND THE ASH HOUSE.

Returning to the small town where she grew up, Alex Roberts is determined to live a normal, quiet life. For the residents of Railham, however, she’s an unwelcome reminder of the town’s darkest hour.

Twenty years ago, nine-year-old Mo Garvey was found brutally murdered in a nearby forest. Everyone thinks that Alex’s father was responsible, but if the killer was brought to justice, why is the ghost of Mo Garvey still after revenge?

And how far will the real killer go to protect his secret, when Alex starts getting closer to the truth?

HAUNTED is a horror novel about a woman who has to face her past, about a town that would rather forget, and about a little girl who refuses to let death stand in her way. 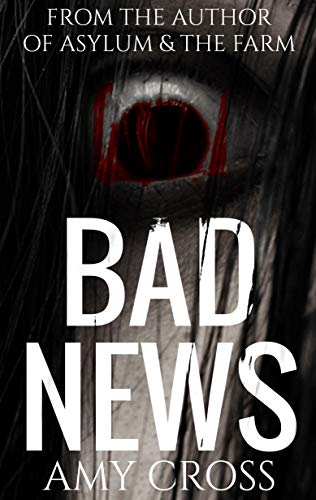 A man with a past.

And a reporter who’ll do anything to uncover the truth.

When she’s fired from her job at a TV station, Maggie Carter sets out to prove that she’s got what it takes. Determined to be as devious, deceptive and duplicitious as her most successful colleagues, she heads to the small town of Ridge Falls on a one-woman mission to discover the truth about the disappearance of 15-year-old Kimmy Duchette.

But Ridge Falls hides dark secrets. Kimmy isn’t the first girl to go missing in the area, and soon Maggie is drawn to the man who was suspected of killing another girl ten years earlier. Is Thomas Roper a murderer who got away with his first crime, or is he an innocent man who fell victim to rumors and innuendo? And did news coverage of the previous case prevent it ever being solved?

Bad News is a horror story about a horrifying disappearance, a town living in fear, and one reporter’s determination to discover the truth and make a name for herself. But how far is Maggie really willing to go, and what will she find when she reaches the dark heart of a terrifying local tragedy? 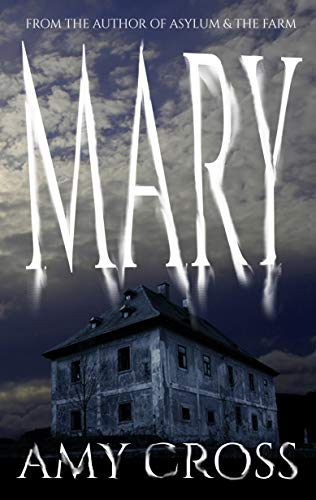 On his first night as a police officer in the sleepy village of Bilside, Sergeant Ben Warner receives a mysterious phone call. Somebody wants him to go out to the remote Fenford Cottage and check on a woman named Mary Moore, to see that she’s alright. But as Ben soon discovers, this particular phone call is something of a rite of passage.

Heading out to the cottage, Ben’s determined to get to the truth of the mystery. Fenford Cottage has been left abandoned for years, but Ben soon finds himself drawn inside the building. There, he discovers that there might be life after all. A strange young girl, calling herself Mary, is locked in a desperate struggle with a ghostly figure, but is there anything Ben can do to help either of them? Or will he become the latest victim of the cottage’s dark forces?

Mary is a ghost story about the horror that’s left behind after a tragic life, and about the dangers of supernatural vengeance.