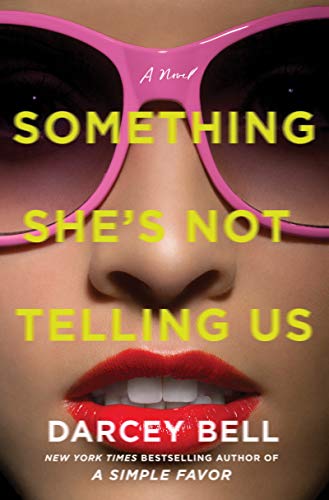 Something She’s Not Telling Us: A Novel
By Bell, Darcey

Something She’s Not Telling Us by Darcey Bell

From the New York Times bestselling author of A Simple Favor comes an electrifying domestic thriller of how one woman’s life is turned upside down when her brother brings his new girlfriend to visit—and no one is telling the truth about who they really are.

She’s on the verge of having it all…

But one woman stands in her way.

Charlotte has everything in life that she ever could have hoped for: a doting, artistic husband, a small-but-thriving flower shop, and her sweet, smart five-year-old daughter, Daisy. Her relationship with her mother might be strained, but the distance between them helps. And her younger brother Rocco may have horrible taste in women, but when he introduces his new girlfriend to Charlotte and her family, they are cautiously optimistic that she could be The One. Daisy seems to love Ruth, and she can’t be any worse than the klepto Rocco brought home the last time. At least, that’s what Charlotte keeps telling herself. But as Rocco and Ruth’s relationship becomes more serious, Ruth’s apparent obsession with Daisy grows more obvious. Then Daisy is kidnapped, and Charlotte is convinced there’s only one person who could have taken her.

Ruth has never had much, but now she’s finally on the verge of having everything she’s ever dreamed of. A stable job at a start-up company, a rakish, handsome boyfriend with whom she falls more in love with every day—and a chance at the happy family she’s always wanted, adorable niece included. The only obstacle standing in her way is her boyfriend’s sister Charlotte, whose attitude swerves between politely cold and outright hostile. Rebuffing Ruth’s every attempt to build a friendship with her and Daisy, Charlotte watches over her daughter with a desperate protectiveness that sends chills down Ruth’s spine. Ruth knows that Charlotte has a deeply-buried secret, the only question is: what? A surprise outing with Daisy could be the key to finding out, and Ruth knows she must take the chance while she has it—for everyone’s sake.

As the two women follow each other down a chilling rabbit hole, unearthing winding paths of deceit, lies, and trauma, a family and a future will be completely—and irrevocably—shattered.

From its very first page, Something She’s Not Telling Us takes hold of readers’ imagination in a harrowing, unforgettable thriller that dives deep into the domestic psyche and asks the question:

Is anyone ever really who they say they are…? 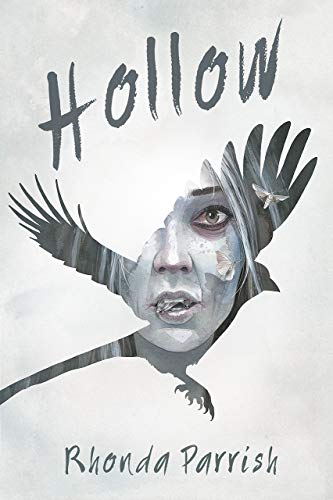 A car accident shattered sixteen-year-old Morgan’s family. Now her brother’s dead, her mom’s paralyzed in more ways than one, her dad lives at work and her seven-year-old sister Amy tries too freaking hard to salvage everything. What’s more, high school is its own special kind of hell, where her ex-boyfriend delights in spreading rumors that shred her reputation and make her feel like a loser. When she finds an old camera in a creepy abandoned hospital, it seems like her luck is finally changing. And it is changing–from bad to worse. Because of course it is. Each time Morgan photographs one of her classmates they become corrupted versions of themselves. It’s like the camera steals their goodness, their essence, and leaves them hollow. Then her sister uses the camera to take a selfie. No matter what the cost, Morgan will find a way to reverse the effects of the cursed camera and save Amy, before her already-fractured family completely self-destructs.

Like a magpie, Rhonda Parrish is constantly distracted by shiny things. She’s the editor of many anthologies and author of plenty of books, stories and poems. She lives with her husband and three cats in Edmonton, Alberta, and she can often be found there playing Dungeons and Dragons, bingeing crime dramas or cheering on the Oilers. Her website, updated regularly, is at http://www.rhondaparrish.com and her Patreon, updated even more regularly, is at https://www.patreon.com/RhondaParrish. Book will also be available as a paperback

“Hollow is a haunting, urgent, wonderful book. Be prepared to ugly cry and compulsively turn the pages to get to the end. It’s just that good a read.” – Carrie Jones, New York Times and International Bestselling author “A wrenching story of all different kinds of horror. It grabs you by the heart and squeezes until its fingernails turn white.” – Patrick Weekes, author of Feeder 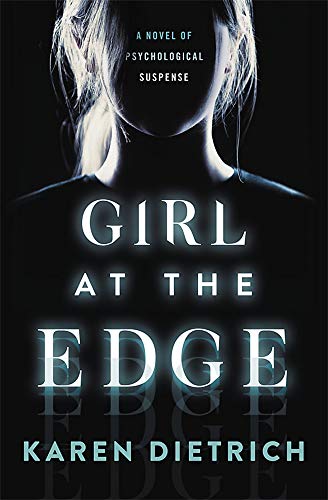 Girl at the Edge
By Dietrich, Karen

Girl at the Edge by Karen Dietrich

“Karen Dietrich can stop your heart with a sentence.”
—Paula McLain, New York Times bestselling author of The Paris Wife

A thrilling nature-versus-nurture psychological suspense novel about a daughter trying to deny her worst impulses and distance herself from her violent and dangerous father.

Not a single resident of St. Augustine, Florida can forget the day that Michael Joshua Hayes walked into a shopping mall and walked out the mass murderer of eleven people.

He’s now spent over a decade on death row and his daughter Evelyn—who doesn’t remember a time when her father wasn’t an infamous killer—is determined to unravel the mystery and understand what drove her father to shoot those innocent victims.

Evelyn’s search brings her to a support group for children of incarcerated parents, where a fierce friendship develops with another young woman named Clarisse. Soon the girls are inseparable—and by the beginning of the summer, Evelyn is poised at the edge of her future and must make a life-defining choice: whether to believe that a parent’s legacy of violence is escapable or that history will keep repeating itself, whether we choose it to or not.