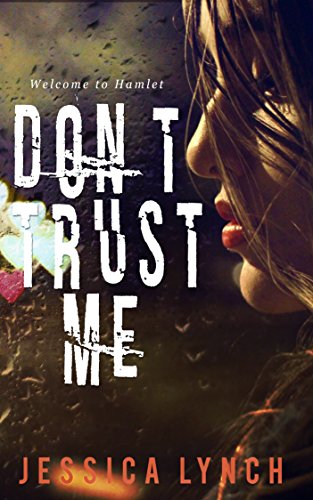 The idea that a small remote village, with only 192 residents, and no cell or internet service makes for a great story to begin with, but adding the intense visual descriptions made this one even better!

Although I did feel the story was a bit disjointed throughout, I found the pivotal moment to smooth it out with a big twist!

I gave this a 4 out 5 stars – my only gripe was that the characters were a bit stiff and it was hard to like or dislike them. The story will definitely stick with me, whereas the characters will most likely stay behind!

Overall, I was stoked for this ARC from Netgalley and BooksGoSocial and I’m so happy to have picked it up!

You can’t find it on any map, GPS or directions site. A small village tucked between a mountain and a valley, Hamlet is the sort of place where everyone knows everyone — and their business, too. There’s no television. No phones. Only one way in and, for the locals, barely any way out. The sheriff is the law, the only doctor moonlights as the coroner, and outsiders rarely come to town.

Murders are even rarer.

A treacherous storm, a flat tire and a touch of serendipity causes Tessa Sullivan and her husband Jack to stumble upon the narrow strait that leads into Hamlet. It was supposed to be a one night stop until the rain let up and Jack could figure out how to fix the tire — until Tess lands herself in the local jail cell overnight and Jack is found dead in their hotel room the next morning. There’s no doubt it was murder, but with his gentle wife having an airtight alibi, the sheriff has to wonder: who had any cause to kill the outsider?

And was he only the first victim?

Dr. De Angelis doesn’t think so. Neither does Deputy Walsh. With Tess looking more and more like the killer’s next target, both men take the time to comfort and protect the young widow. But only one of them is sincere. The other just wants her to himself now that her husband is out of the way.

Alone and afraid, who can she trust?

Don’t Trust Me has a dark and creepy tone from page one and doesn’t let up. This is a wild ride of a book peppered with violence, romance, and mystery all taking place in one strange town. Just when I was sure that I had it figured it, the author threw in a twist that left me breathless. I couldn’t stop reading and loved the mysterious feel to her writing. Jessica Lynch’s tale could easily be turned into a Hollywood screenplay. My favorite character was Maria DeAngelis, the owner of the local inn where much of the action takes place. She is warm, friendly, and slightly tragic and felt like a breath of fresh air in this small town. Enjoy! – 5 Star Review Amazon

Okay, when I saw the cover, I knew I’d be totally sold. When I read the blurb, I blurted, “shut up and take my money.”

The make-believe town of Hamlet has a dark and eerie character. It kind of like reminds me of this theory that there’s still uncivilized locals inside the Amazon forest. It fascinates me when a book introduces a place or character that’s completely made up, because anything and everything can just happen. It forces me to think of what could’ve happened under normal circumstances. But even if Hamlet is a bit strange, the people are quite friendly and…uhm, normal. I mean, they are pretty much, or more or less the same people you’d encounter in a small town setup.

This story has a dark tone, from the first page up until the last. The author did a fine job to keep me breathless, and just when I thought I’ve already figured out who is who and what is what, boom! An unexpected plot twist slapped me through.

Mystery and suspense fans out there, this book is highly recommended to be in your bookshelf. I wouldn’t suggest you read this as a bedtime read though, since you might not be able to sleep because you wouldn’t be able to put it down. Also, adrenaline rush. – 5 Star Review on Amazon.

Jessica Lynch has been writing since she was 8 and wrote a short story called “Bugs Bunny Meets the Little Mermaid”, mainly because they were the only characters she could illustrate. After spending more than a decade writing fan fiction, she decided to try to write an original novel. While there are many manuscripts on her hard drive, her debut novel “Don’t Trust Me” was finally published in December 2017. It’s a mystery/thriller, which is a departure from most of her other writing. Coming soon: a paranormal romance series, as well as a foray into Greek mythology. 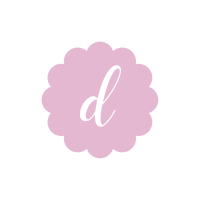