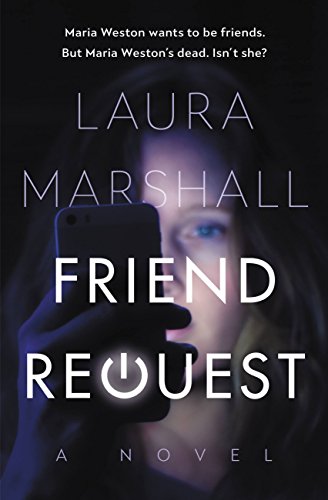 During a reading slump, I ventured off to find something to satisfy my craving for anything mysterious and captivating. It gets difficult to sink into a story when I read too many potential submissions that don’t capture my attention. For the last few weeks, I couldn’t seem to connect with any characters or get past the first few chapters, if that. Instead of pushing on, I decided to take a break and go back to either a familiar author or find another story that pulled me in without the requirement of a final task from me. Just to enjoy.

My search lead me to Friend Request, which I want to start out by saying, didn’t initially draw me in. I was reluctantly led into the scene but was eventually happy for the guidance.

I was also not a fan of Louise, the protagonist. I tried to like her and to get on her team through the entire telling of the story but no luck. It wasn’t that she was badly created, it’s the opposite. She’s so complex and so deep with past wounds that shaped her into the person she has become. I don’t blame her, because I know in a way she was a victim too, but she was also a coward. No one likes a main character that can’t get it together and is constantly repeating the same events. I won’t give it away but she does redeem herself a little!

What dragged me in was the mystery surrounding Maria. Wasn’t she dead? If so, how does a dead woman send first a fried request, but the then other clues that start to affect Louise’s life and those around her who were also involved in a high-school prank gone wrong.

If Maria is dead, who is sending the strange messages? If she’ isn’t dead, how did she survive all these years?

Louise isn’t in this pickle alone, she was also accompanied by her best-friend and husband who all went to high-school together with Maria.

This book pushes the boundaries of bullying, stretches your faith in adults who should know better and makes you wonder what really happened to Maria all those years ago.

1989. When Louise first notices the new girl who has mysteriously transferred late into their senior year, Maria seems to be everything the girls Louise hangs out with aren’t. Authentic. Funny. Brash. Within just a few days, Maria and Louise are on their way to becoming fast friends.

2016. Louise receives a heart-stopping email: Maria Weston wants to be friends on Facebook. Long-buried memories quickly rise to the surface: those first days of their budding friendship; cruel decisions made and dark secrets kept; the night that would change all their lives forever.

Louise has always known that if the truth ever came out, she could stand to lose everything. Her job. Her son. Her freedom. Maria’s sudden reappearance threatens it all, and forces Louise to reconnect with everyone she’d severed ties with to escape the past. But as she tries to piece together exactly what happened that night, Louise discovers there’s more to the story than she ever knew. To keep her secret, Louise must first uncover the whole truth, before what’s known to Maria–or whoever’s pretending to be her–is known to all. 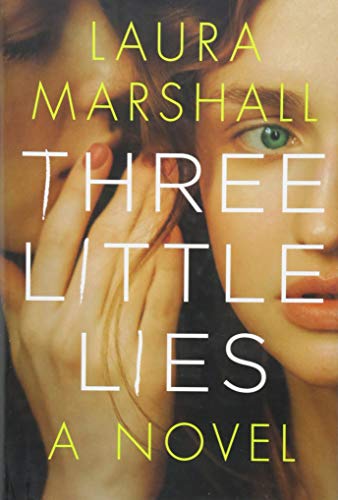 Laura Marshall grew up in Wiltshire and studied English at the University of Sussex.

After almost twenty years working in conference production, in 2015 Laura decided it was time to fulfil a lifetime’s ambition to write a novel, and enrolled on the Curtis Brown Creative three month novel writing course.

In 2016, her first novel, Friend Request, was runner up in the Bath Novel Award and shortlisted for the Lucy Cavendish Fiction Prize. It was published by Little, Brown in the UK in July 2017, selling over 325,000 copies in the UK to date and becoming a Sunday Times top ten bestseller in paperback, and kindle number one bestseller. Friend Request has sold in a further nineteen territories around the world including the USA, Germany, France, Italy and the Netherlands.

Laura lives in Kent with her husband and two children.