I really wanted to like this book after reading the blurb, but it wasn’t my favorite read.

This is a what-would-you-do theme that wasn’t all that relatable. Lark is faced with having to save only one person from drowning; her boyfriend or a child. As a mother with 3 kids, I find it hard to believe that someone would struggle with that choice, but we all know young adults are not fully capable of processing situational outcomes in advance, because of the frontal lobe not being fully formed until the age of 25.

However, I couldn’t fully connect to the characters which made it extremely hard to pull for one over the other, given the circumstances.

I’m thankful for the ARC of this book from Netgalley and Alice Kuipers and don’t want to turn anyone off. This book wasn’t really for me, but someone else may find it to be exactly what they’re looking for! 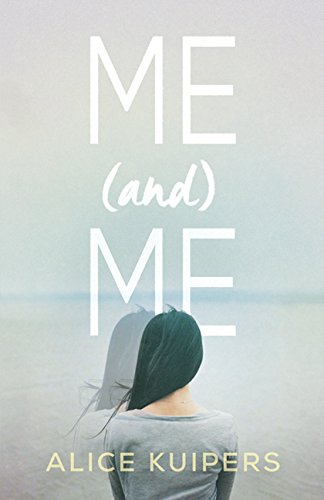 It’s Lark’s seventeenth birthday, and although she’s hated to be reminded of the day ever since her mom’s death three years ago, it’s off to a great start. Lark has written a killer song to perform with her band, the weather is stunning and she’s got a date with gorgeous Alec. The two take a canoe out on the lake, and everything is perfect—until Lark hears the screams. Annabelle, a little girl she used to babysit, is drowning in the nearby reeds while Annabelle’s mom tries desperately to reach her. Lark and Alec are closer, and they both dive in. But Alec hits his head on a rock in the water and begins to flail.

Alec and Annabelle are drowning. And Lark can save only one of them.

Lark chooses, and in that moment her world splits into two distinct lives. She must live with the consequences of both choices. As Lark finds herself going down more than one path, she has to decide: Which life is the right one?

I was born in London, England, and I moved to Canada in 2003 when I fell in love with a Canadian. We live in Saskatoon, Saskatchewan, which took a while for me to learn how to spell. I have four children, a girl and three boys.

My first novel, Life on the Refrigerator Door, was published in 29 countries, won several awards and was named as a New York Times book for the Teen Age. My second is called Lost For Words in the US, and The Worst Thing She Ever Did everywhere else. It won the Arthur Ellis Award, was shortlisted for the White Pine and Willow Awards, and was published in eight territories. 40 Things I Want To Tell You is my YA book published in 2012. The Death of Us, a CLA honour book, in 2014. My newest YA novel is Me (and) Me.

A WRITER’S QUIRK
Alice Kuipers listens to music when she writes — often just one or two songs, over and over. For Me and Me, her soundtrack included Alaska by Maggie Rogers and Crazy by Ria Mae. “It was those two songs that I had on repeat constantly.”

PAYING IT FORWARD
Kuipers isn’t just a writer and voracious reader, she is also a writing instructor. On alicekuipers.com she offers her Secrets of a Writing Life newsletter, a writing course, video tips, workshops for teachers, librarians and writers and thoughts on her blog. She also has writing prompts on Instagram and an iPhone app.